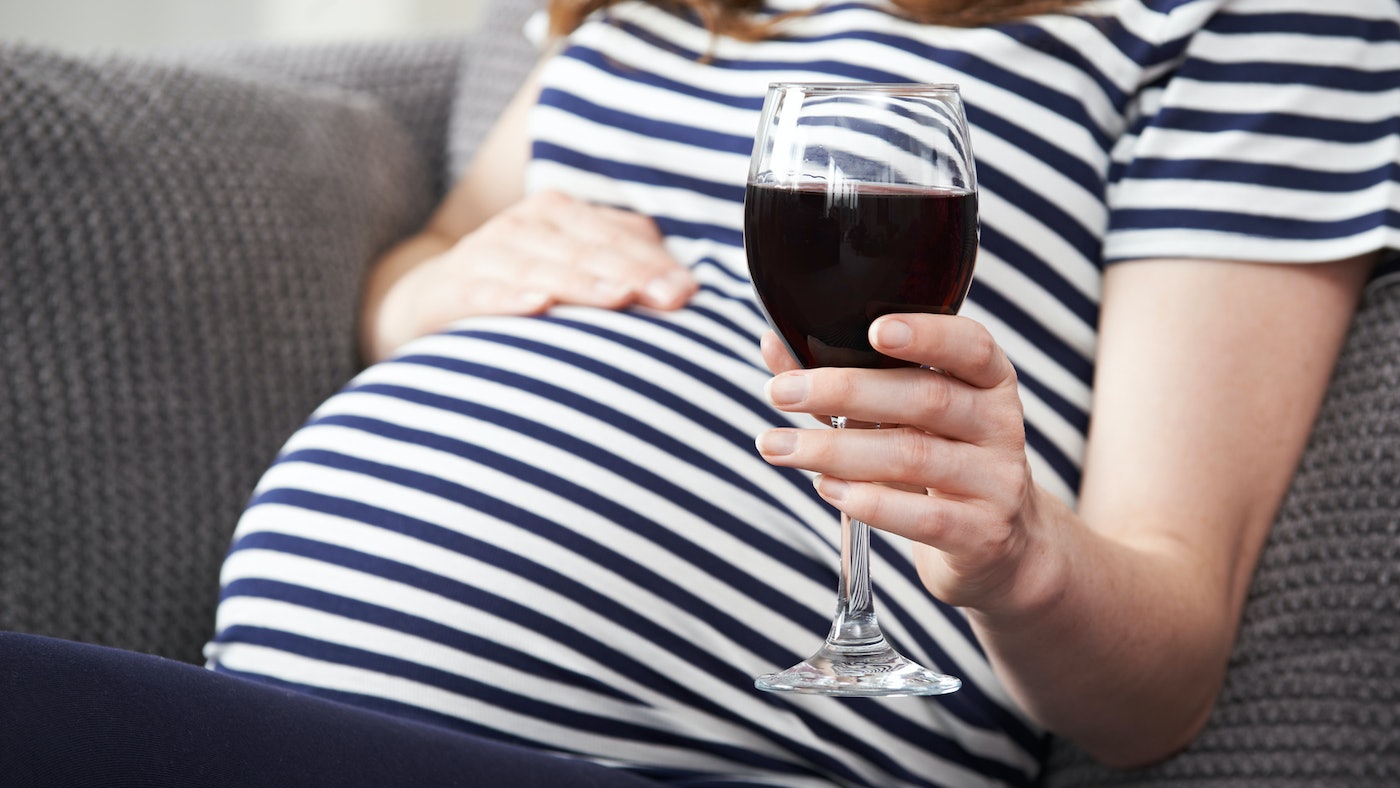 Most women trying to conceive know that there are plenty of enjoyable things you’re supposed to stop doing as soon as you realize you’re actually pregnant. Foods like sushi, deli meat, or unpasteurized cheese, for example, can be risky when you’re eating for two, and drinking alcohol is a definite no-no. The medical consensus is that there is no known safe amount that a woman can drink while, yet it seems that that message might not be getting through: a new study has found that fetal alcohol spectrum disorder has been majorly underdiagnosedamong children in the United States, and it’s really concerning.

The study, published Tuesday in The Journal of the American Medical Association, was funded by the National Institutes of Health’s National Institute on Alcohol Abuse and Alcoholism (NIAAA) and involved assessing 6,639 first-grade children in communities around the country for fetal alcohol spectrum disorder (FASD) criteria between 2010 and 2016. And the results were startling: while it was previously thought that only about 1 percent of American children were affected by FASD, the latest study suggests the number could actually be as high as 9.8 percent — nearly ten times higher than original estimates.

#FASD – evidence to support what we in the FASD world already know. https://t.co/BofADusse6

To be fair, the 9.8 percent figure is an extrapolation based on the results of the 6,639 children actually studied, but even a more conservative estimate based only on the study’s specific findings puts the rate of FASD at between 1.1 and 5 percent. And while that might seem low, it’s important to consider that not only does it still mean that FASD is more common than previously thought, it also means that FASD is likely at least as prevalent as autism: according to The New York Times, autism affects approximately 1 in 68 children, or about 1.5 percent.

What’s even more significant though is that, unlike autism, FASD is entirely preventable. Although having a drink or two before you even realized you were pregnant likely won’t result in your child having permanent issues with FASD, the American College of Obstetrics and Gynecology, the American Academy of Pediatrics and the American Academy of Family Physicians all agree that women who know they are pregnant should not drink at all, according to ABC News. Yet, the fact that the risk still technically exists even before you pee on a stick led the Centers for Disease Control to take that advice one step further. In 2016, the CDC suggested that women trying to conceive actually give up alcohol “as soon as they stop using birth control,” just to be safe.

Centers for Disease Control and Prevention (CDC) on YouTube

That wasn’t exactly a message that went over very well though: critics saw the recommendation as being not only unrealistic, but straight-up judgemental, especially since attitudes towards drinking during pregnancy seem to vary throughout the world. An April 2017 study found, for example, that five percent of women in Italy admitted to “drinking alcohol at least one or twice a week” while pregnant, according to The Huffington Post, while four percent of British women did the same.

In Russia, more than one-quarter of women surveyed said they drank while pregnant — though the majority said they only drank once or twice during their entire pregnancies. And in 2014, a study from the the University of Copenhagen in Denmark actually found that children of “women who drank up to a bottle of wine per month while pregnant” somehow showed “significantly better emotional and behavioural outcomes at age seven” than children whose mothers didn’t drink at all, according to The Telegraph, as unbelievable as that sounds.

One explanation though, according to the researchers? It likely wasn’t the alcohol itself that led to the positive outcome, but the fact that these mothers also happened to be the most well-educated, and who had other healthy habits that would contribute to their children’s well-being (likely in spite of the fact that they drank while pregnant). And considering that FASD can lead to a variety of significant problems for children — growth deficiencies, facial abnormalities, organ damage, neurobiological deficits and behavioral issues, according to the NIH — prospective parents probably shouldn’t find the Danish study very comforting.

Yes yes yes. 1 in 10. Doesn’t that spark at least some concern?? It means that the stigma of “its an addiction issue” doesn’t fly. This is an ordinary, run of the mill life issue. Don’t drink when pregnant. #FASD is 100% preventable. https://t.co/jtLYo9ngEm

What the latest JAMA study shows though is that, far more important though than continuing to debate the risks of drinking or not drinking during pregnancy (the clear consensus among medical experts in the United States is clear: do not do it), is acknowledging the actual reality and prevalence of FASD in the United States. After all, not only does the study show the ongoing need to stress the very real danger involved in drinking while pregnant in all women, it also shows the need to better identify and support children affected by FASD. As study author Christina Chambers, a professor of pediatrics at the University of California, San Diego, explained to The New York Times,

[FASD] is one that’s completely preventable and one that we are missing. If it truly is affecting a substantial proportion of the population, then we can do something about it. We can provide better services for those kids, and we can do a better job of preventing the disorders to begin with.

Yes yes yes. 1 in 10. Doesn’t that spark at least some concern?? It means that the stigma of “its an addiction issue” doesn’t fly. This is an ordinary, run of the mill life issue. Don’t drink when pregnant. #FASD is 100% preventable. https://t.co/jtLYo9ngEm

The takeaway for parents, however (or, at least anyone who may be in a position to find themselves pregnant at some point)? Even if it is possible that some pregnant women drank happily throughout their pregnancies and gave birth to healthy, thriving children with no issues whatsoever — and even if, somehow, their children really did end up better-adjusted — the across-the-board position by medical experts that drinking any amount of alcohol during pregnant is potentially unsafe. And given how many children are now suffering from FASD-related issues that were, by nature, entirely avoidable, it seems like a risk that simply isn’t worth taking.

This article is Romper and originally appeared on their website.