The number of babies born addicted to drugs has risen sharply over the last decade or so in New Mexico. KUNM’s Public Health reporter Marisa Demarco brings us this story of how stigma surrounding addiction and pregnancy is contributing to the increase.

Mia just gave birth to a healthy baby boy even though she was addicted to methamphetamine until about a month and a half before he was born. Her name has been changed in this story to protect her identity. “My number one fear when I was using while pregnant was to lose him or him being born with something wrong,” she said 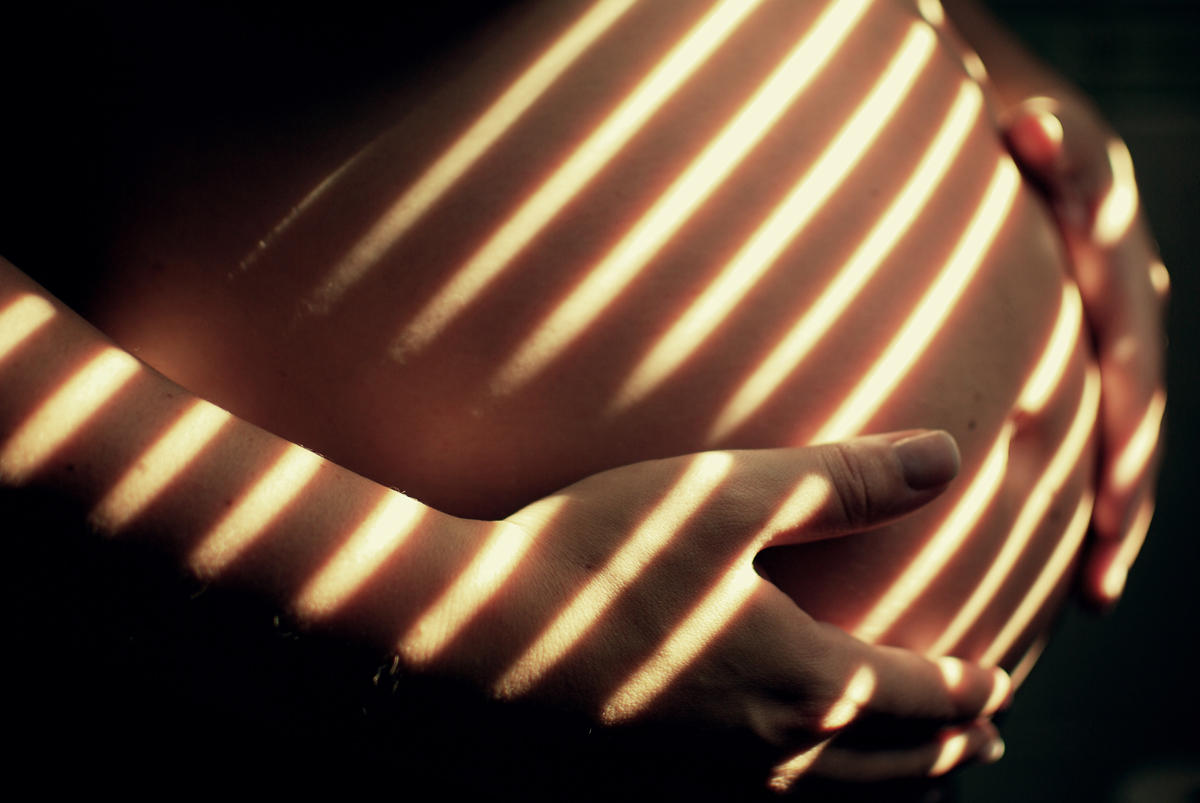 When we meet, Mia’s living in a motel on East Central Avenue in Albuquerque, still clean, playing with her baby.  She fretted about how to take care of him after she gets work to cover the weekly room fees. “He was 7 pounds 3 ounces when I had him, and now he’s just big and happy and everything seems fine with him,” she said. “He’s all loving, and, I don’t know, I like it.”

As her due date approached, Mia got in touch with Milagro, a treatment center at the University of New Mexico that helps women in her situation—pregnant, addicted, lonely and scared. OptumHealth New Mexico cut the funding for Milagro’s in-patient services a few years ago. Still, with a doctor’s help, Mia was able to kick her habit.

“If I continued to use, he was going to be born with it in his system, so they were going to have to put it in him themselves so that he’d be OK,” Mia said. “And I didn’t want him to have withdrawals and have to see them hurt him. I didn’t want him to go through that. Because I know what it feels like.”

According to state Department of Health data from hospitals, the rate of newborns with Neonatal Abstinence Syndrome—which comes from being exposed to opiates in the womb—more than tripled between 2000 and 2012. It can be dangerous for pregnant women to detox on their own, but advocates argue that a fear of negative consequences—losing their other children, for example—prevents them from seeking care and supervision when kicking a habit.

The day I met Mia, news headlines were about a pregnant woman who was the first to be arrested under Tennessee’s new law, which classifies drug use while pregnant as assault. Mia said laws like that create big problems for mothers. “They’re so quick to arrest everybody instead of helping them. I don’t think anybody would go to the doctor.”

The New Mexico Supreme Court shot down a similar law in 2007. And a report from a legislative task force says better access to prenatal care and substance abuse treatment is key. It also calls for treatment instead of incarceration for nonviolent drug offenders.

Denicia Cadena of Young Women United, a community organizing group by and for women of color, said the issue is systemic in New Mexico. “It’s been in our families and communities for so long,” she said.

It’s hard to meet a family in New Mexico that hasn’t felt the effects of addiction in some way, Cadena added. “With so many Chicano and Native families living through the generational trauma of the colonization, of environmental violence … .”

Roxanne Ambrose was still injecting meth when her daughter was born a few years ago. She remembers getting ill-informed advice from people on the street about prenatal care and how to hide her drug use from doctors and nurses at the hospital. “I went to all different kind of extremes just because I didn’t want anybody to know,” she said.

Like many mothers, she was afraid the state would take her baby when it was born, and her other kids, too. “It’s a lonely world, and I didn’t know who to talk to about it. Thinking about it now still scares me, because it’s hard,” she said. “Because there’s so much judgment, and if you’re already in trouble, you don’t want to get into any more trouble.”

She worked with Young Women United to create a campaign de-stigmatizing women who are pregnant and addicted. Local artists heard from a group of mothers about their struggles. They created two images that appeared on the sides of buses and at bus stops in Albuquerque.

By Adelina Cruz and Al’Nair Lara

Ambrose said one image, depicting a woman with her child in the sun, a storm cloud hovering nearby, brings tears to her eyes. “I look at this, and I think: This is me and my daughter and this is all of the bad that we went through and there’s is always going to be bad in your life, and it’s how you handle it,” she said. “And now, I’m over here and it’s the most wonderful feeling that anybody could ever feel. And I want to stay feeling this way.”

Micaela Cadena is Denicia’s sister and the policy director for Young Women United looking for reactions from people waiting for the bus. “This one says I’m more than my addiction, fighting for those I love, fighting for my life.”

One woman says it’s the parents’ fault for not teaching their daughters to be good, working people. She says, people can’t just help and help their kids, because then they’ll never get off the alcohol or cigarettes. They have to work if they want to have a life, she says, they have to earn it.

But there was empathy, too.

“I feel for ‘em because I’ve been in situations where I’ve got a lot of friends who are addicted to a number of different drugs and stuff like that so it’s pretty hard for them to stop I know,” one man said.

The mothers I talked to for this story say it’s hard to explain the hold that drugs can have on your life, that no matter how much you want to quit, it’s not always possible to break the grip of addiction on your own. And finding help—help without judgment—can make all the difference.

This story was produced by KUNM and was originally published on the KUNM website.